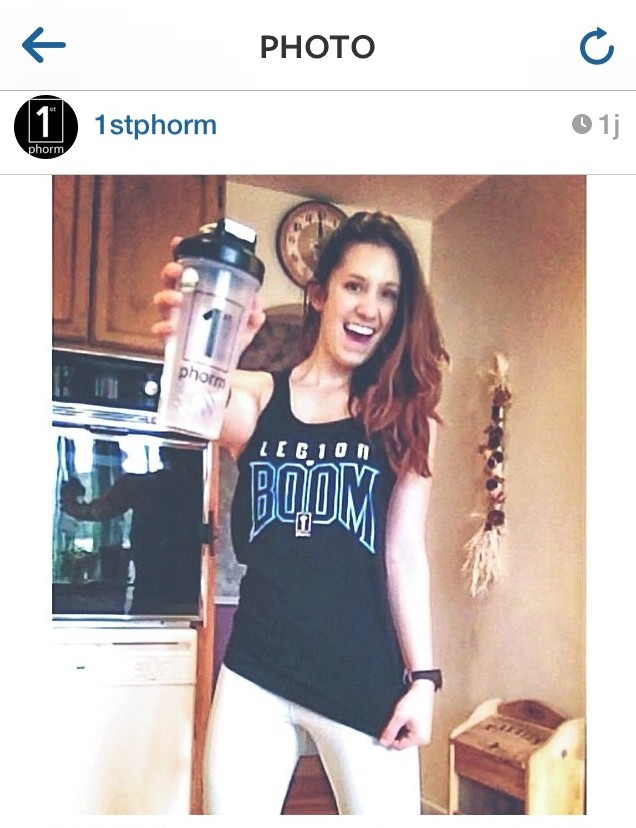 As some of you may know (mainly those who follow me on my Instagram : @valerie_benoit), I have been planning a long trip around the United States for almost 3 months now.

It happens that I also recently entered the new 1st Phorm athlete search. If you haven’t heard of this amazing compagny, they did a first athlete search back in 2013. Fellow canadian Ami Houde won the search, as well as a sponsorship and 10 000$. This time around, they are not looking for 1 but 5 athletes to sponsor and win 10 000$. The rules are simple : use social media to build and showcase YOUR brand. Show the world how you differenciate from others, inspire, motivate. Be the #nextlevelshit ! Not only a pretty face with a pretty body. You have to be bold, seek to inspire. It is not too late to enter if you think you are the next 1st Phorm athlete : www.1stphormathletesearch.com

I’ve been thinking a lot about how I want to build MY own brand. Of course, Instagram is great. I have a lot of followers, and I post daily. But I wanted something more. So I decided to create this blog. But what if I did something bigger ? Something probably no one has done or is currently doing.

Get ready for the #LegionofBoomTour.

I decided I was going to dedicate a part of this amazing trip to the athlete search, to build my brand. I’m going to be posting on this blog, on my Instagram, and on a Youtube channel as well, about how it is possible to live the 1st Phorm lifestyle everywhere you go. I’m going to post workouts, meals, tips on how to stay active and healthy on the road, some of my adventures, inspirational and motivational pictures and videos, and much more. And I’m going to be repping 1st Phorm all along this wonderful journey.

I will use the original contest hashtags, but also the hashtags #LegionofBoomTour and #1stPhormTour, so keep an eye out for those.

It’s about how you can make a difference in this industry. Not only be your best self but encourage, motivate, educate, and help your followers to be their best self as well. And that’s exactly what I want to do with the #LegionofBoomTour.

More to come in the next few days as I am leaving Thursday April 24th.

Until then, remember : never settle.

You see it and hear it all the time. People bashing on social medias, saying how intrusive they are, how they make people look so self-centered, how it always shows too much information, too much of someone’s life.

I have to admit, social medias didn’t always bring so much positivity into my life. But I’ve always been very into them. Ever since I knew how to use a computer, I would go in forums, I would follow blogs, Youtube channels. I remember back when when I was 13-14 years old, I had a Miley Cyrus blog on the Skyrock plateform that had more than 5000 visits a day, 150 000 visits a month, and had made it in the Skyrock Top 10 blogs. I was good at this whole social media thing. I was very good at it.

Summer 2011 : I discovered Tumblr. I thought this site was genius. There was so much content on it, you could simply search a tag and you would literally find thousands and thousands of posts about it. At first, I simply created a random blog and I would reblog stuff I liked. I started following blogs, taking to other users, getting some more followers.

It was fun, but I was never the kind of girl to only have a random personal blog and simply reblog random stuff.

Then, one day, I stumbled across the “thinspo” tag. For those of you who are not familiar with this word, thinspo is an abbreviation for “thinsporation”, aka pictures of bone-thin women that girls use to remind themselves of their goals to become thin (urban dictionary).

The tag was flooded with pictures of emaciated girls, pictures of hip bones, collarbones, and thigh gaps, pictures of very skinny female celebrities and models. I don’t know why, but I was fascinated. And maybe it’s because I had been the tall, skinny and awkward girl all my life, but I could somewhat relate to those girls. 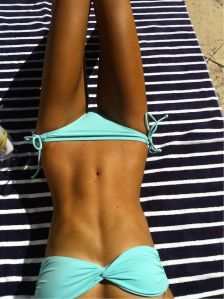 I would go throught the tag everyday, save pictures in my computer, reblog some of them on my own blog. It wasn’t so long until my blog became a thinspo blog itself, filled with pictures of tall skinny and emaciated models, thigh gaps, and hip bones. And it wasn’t so long until I started examinating every inches of my body in the mirror every night after my shower. I had never dieted ever in my life. I had always eaten whatever the hell I wanted. I was very thin, but I was not skinny like I used to.

One day, after going throught the tag again, I saw this picture that read ”The Healthy Skinny Girl Diet”. It was 30 days, and each day had a number of calories to reach that was anywhere between 800 calories and 1150 calories. I had never counted calories, I didn’t even know what a calorie and a macro were, but a few minutes after liking and reblogging this post on my own blog, I had downloaded MyFitnessPal and set my calorie goal at 1000 calories.

For several months, I counted calories every single day, never going over 1000 calories. I wasn’t exercising much, but yet, my weight was still dropping really fast on the scale. I was astoniched. In a matter of 2 weeks, I went from 115 lbs to 106 lbs (I’m 5’7). Then, after 2 or 3 months on this “diet”, the weight started to dropped a lot more slowly. To speed up the process, I started exercising more, going on long runs, doing circuit workouts at home. I eventually reached a low weight of 99 lbs.

There wasn’t a day that didn’t revolved around what I was going to eat, how I was going to avoid going out to not be around food and drinks. I was miserable. I had lost most of my friends. I was lonely, sad, and VERY unhealthy.

In February 2012, a few weeks before my 18th birthday, I came across other blogs on Tumblr. But those were more personal blogs. Girls going to the gym, eating a lot of healthy food, and lifting weights. They looked fantastic, strong, muscular, and healthy. They could squat and deadlift a lot of weight, do all these bad ass exercises I had never heard of and could most certainly NOT do considering how small and weak I was. This was a big slap in the face and made me realise what I was doing to myself.

Fast forward to 2014, I am now weight restored, I have competed in my first bodybuilding competition (fitness model category) and placed 5th, I can deadlift 225 lbs, I can eat more than 2200 calories a day on maintenance, and I am healthy and happy. 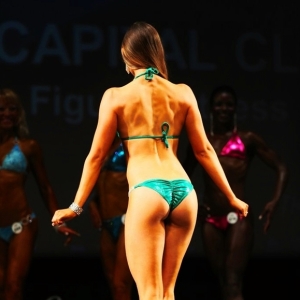 A year ago, I created a “fitness” Instagram account and started posting on it daily. At first, I was doing a lot of shoutouts for shoutouts and got myself a large following (that are now mostly ghost followers unfortunately). But I realised this was useless and started following accounts I loved, talking to people, but most importantly, being myself. I quickly made a lot of friends, added them on Facebook, started texting them. Last March, I even went to the Arnold Sports Festival to meet most of my #fitfam and hang out with them for 2 days. It was definitely one of the best weekend of my life.

And in almost 3 weeks exactly, I’m embarking on a journey. I will travel around the United States for 30-40 days. My first destinations are Florida, Colorado (where I will meet one of my best friend from Tumblr, Lauri !), and California. It’s safe to say that if I hadn’t discovered Tumblr, if I hadn’t made this Instagram, I would not be who I am today.

Social medias changed my life. For the better. And I’m writing this down today to tell the world that I’m using the power of social medias once again on this journey. I want to spread positivity and love, motivate and inspire, and show people that no matter what their dreams are, they can chase and reach them. They can be something more.

You can follow me on this journey by searching the hashtags #1stphorm, #legionofboom, #neversettle, and #iam1stphorm on my social media accounts, as I entered the next 1st Phorm athlete search. I strongly believe in their vision, and I’m ready to bring my 1st Phorm campaign to the next level.

There is no passion to be found playing small – in settling for a life that is less than the one you are capable of living. – Nelson Mandela.